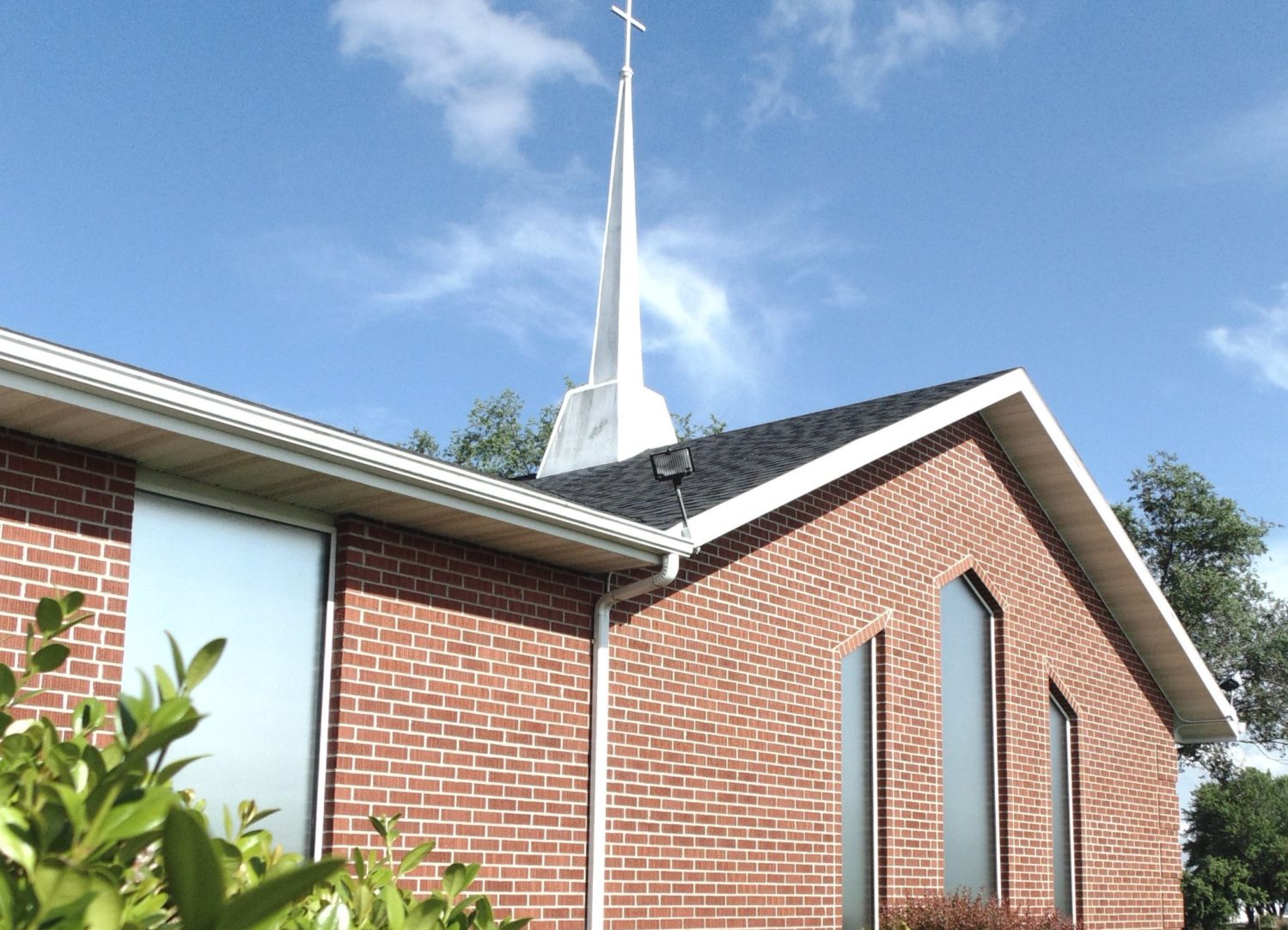 We are a Southern Baptist Church that cooperates with like-minded churches in our local area, State, Nation, and the World. We believe that each church is independent and autonomous, which means that the members of each church make decisions on their own. While we are independent and self-directing, there are a number of beliefs that Southern Baptist Churches agree upon in their cooperative efforts to work together in the distribution of the Good News (Gospel) message of Jesus Christ.  At FBC-Elston, we have agreed upon the articles of faith that are listed and described in 2000 edition of The Baptist Faith and Message, of which a summary of some of the main articles are as follows.

The Holy Bible was written by men divinely inspired and is God’s revelation of Himself to man. It has God as its author, salvation as its end, and truth, without any mixture of error, for its matter.

There is one and only one living and true God. God consists of three parts: God the Father, God the Son (Jesus Christ) and God the Holy Spirit, each with three distinct personal attributes, but without division of nature, essence, or being. God is the creator of the universe and all things within it, including man.

Christ is the eternal Son of God. In God’s infinite wisdom and love for mankind, He sent Jesus to earth as a baby. He was conceived by the Holy Spirit and born to the Virgin Mary. As He grew, Jesus perfectly revealed and did the will of God, taking upon Himself human nature and its demands and necessities and identifying Himself completely with mankind, but yet without sin. Jesus followed the will of His Father in giving up His life by being crucified on a cross. Jesus took upon Himself the sin of mankind and suffered the penalty God demands for sin in His substitutionary death upon the cross. He was raised from the dead with a glorified body and appeared to His disciples as the person who was with them before His crucifixion. He ascended into heaven and is now exalted at the right hand of God where He is the One Mediator, fully God, fully man, in whose Person is effected the reconciliation of mankind to God.

The Holy Spirit is the Spirit of God, fully divine. He inspired holy men of old to write the Scriptures. He guides us to understand truth. He exalts Christ. He convicts men of sin, of righteousness, and of judgement. He calls us to the Saviour and works in our regeneration. He provides comfort to believers, bestows spiritual gifts, and cultivates Christian character. He preserves those who accept Jesus as their personal Saviour until Christ’s return. He empowers believers and the church in worship, evangelism, and service.

We are the special creation of God, made in His own image. He created us both male and female as the crowning work of His creation. God gave man free choice, and in exercising his free choice man chose not to follow the will of God and therefore sinned against Him and brought sin into the world. Likewise, as soon as we are able to discern moral action, all mankind sins and fails to do the will of God. Only the grace of God can bring us back to God and into fellowship with Him.

We are lost to hopelessness and eternal damnation as long as sin rules our lives and we follow our own selfish wills. God in His infinite mercy, grace and love for us providing a means of reconciliation, of mending the fellowship that He had intended for mankind at the moment of creation. God did this through providing us Jesus Christ. All who believe that Jesus is the Son of God, died for their sins, was buried and resurrected on the third day, ascended to heaven where He sits at the right hand of God, and will come back to earth someday to judge the earth, participates in God’s plan of salvation and is forgiven of all the wrong things they have committed. What a wonderful thing for all those who believe!

The New Testament Church of the Lord Jesus Christ is an autonomous local congregation of baptized believers, associated by an agreement of faith and fellowship in the Good News (Gospel) message of Jesus Christ.  The church observes two ordinances (practices) of Christ which are Immersion Baptism and the Lord’s Supper. We are governed by the Bible and are committed to sharing the Gospel message to the local community, the area surrounding them and the whole world.  The officers of the church are their pastors and deacons.

Baptism and the Lord's Supper

Christian baptism is the immersion of a believer in water in the name of the Father, Son, and Holy Spirit. It is an act of obedience symbolizing the believer’s faith in a crucified, buried, and risen Saviour, the believer’s death to sin, the burial of the old life, and the resurrection to walk in the newness of life in Christ Jesus. Being a church ordinance, it is a prerequisite to the privileges of church membership.

The Lord’s Supper is a symbolic act of obedience whereby members of the church, through participating of the bread and fruit of the vine, memorialize the death of Jesus and anticipate His second coming.

The first day of the week (Sunday) is the Lord’s Day. It is a Christian institution for regular observance. It commemorates the resurrection of Christ from the dead and should include exercises of worship and spiritual devotion, both public and private. Activities on the Lord’s Day should be commensurate with the Christian’s conscience under the Lordship of Jesus Christ.

The Kingdom of God includes both His general sovereignty over the universe and his particular kingship over men who willfully acknowledge Him as King. Christians ought to pray and labor that the Kingdom may come and God’s will be down on earth. The full consummation of the Kingdom awaits Christ’s return and the end of this age.

God, in His own time and in His own way, will bring the world to its appropriate end. According to His promise, Jesus Christ will return personally and visibly in glory to the earth; the dead will be raised, and Christ will judge all men in righteousness. The unrighteous will be consigned to Hell, the place of everlasting punishment. The righteous in their resurrected and glorified bodies will receive their reward and will dwell forever in Heaven with the Lord.